The most auspicious occasion of the school Investiture ceremony was celebrated on 24th June 2022, with full zeal and enthusiasm. To inculcate leadership qualities in students and to give them a feel of functioning of administration, a school cabinet was formed. The president of the school Mr. B.R. Shenoy was invited as chief guest. The march by Nalanda scout and guide troop, band troop followed by cabinet members was a spectacular event.

The cabinet ministers along with House Captains were conferred with badges by School HM Smt. Savitha N Kamath. The members took oath with HM and pledged to uphold the values of school and abide by rules and regulation. The SPL (school head) Miss Kavita Kumari expressed her gratitude for being given the opportunity. Chief Guest addressed the gathering and HM congratulated the cabinet members and motivated them to do as they say what they do. The function was concluded with National anthem. 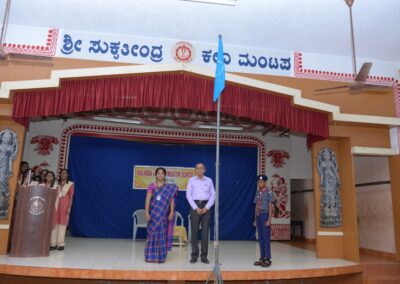 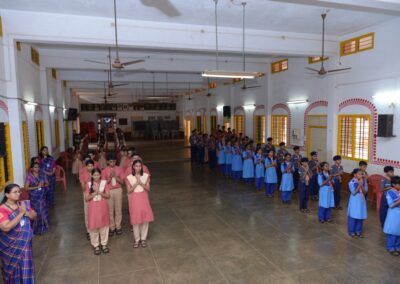